A single mother contacted Uncle Kentang through Whatsapp to ask for help.

Because her child was in arrears tuition fee and was unable to continue his education and had been stopped his study for a year. Therefore, she could not stand to ruin her child’s future, so she found out that businessman Dato Liow Soon Hee had helped another college student to continue his studies, so she decided to take courage and try to contact Dato Sri Liow Soon Hee through Uncle Kentang.

Because he believed that teenagers is the future pillar of the country! He also hoped that the teenager could continue his studies and contribute to the society or country in the future. 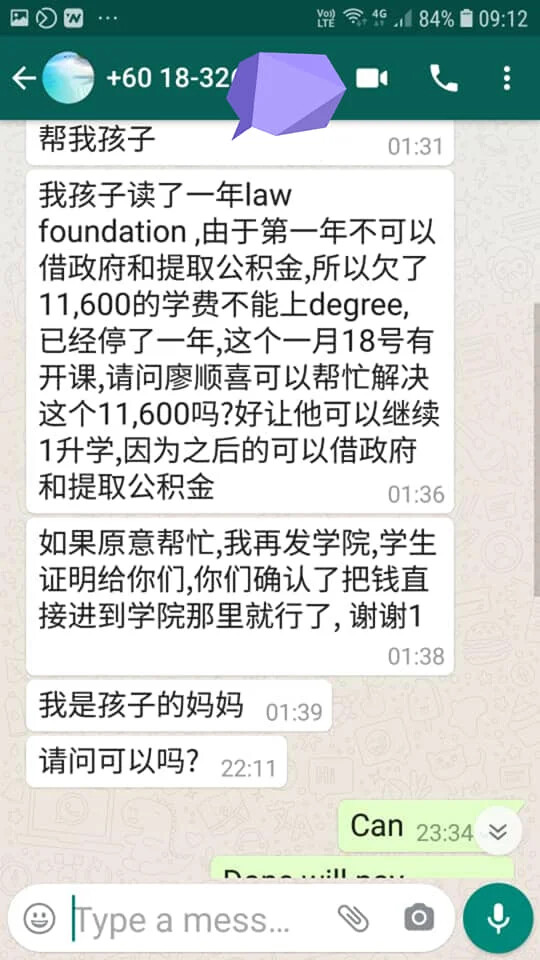